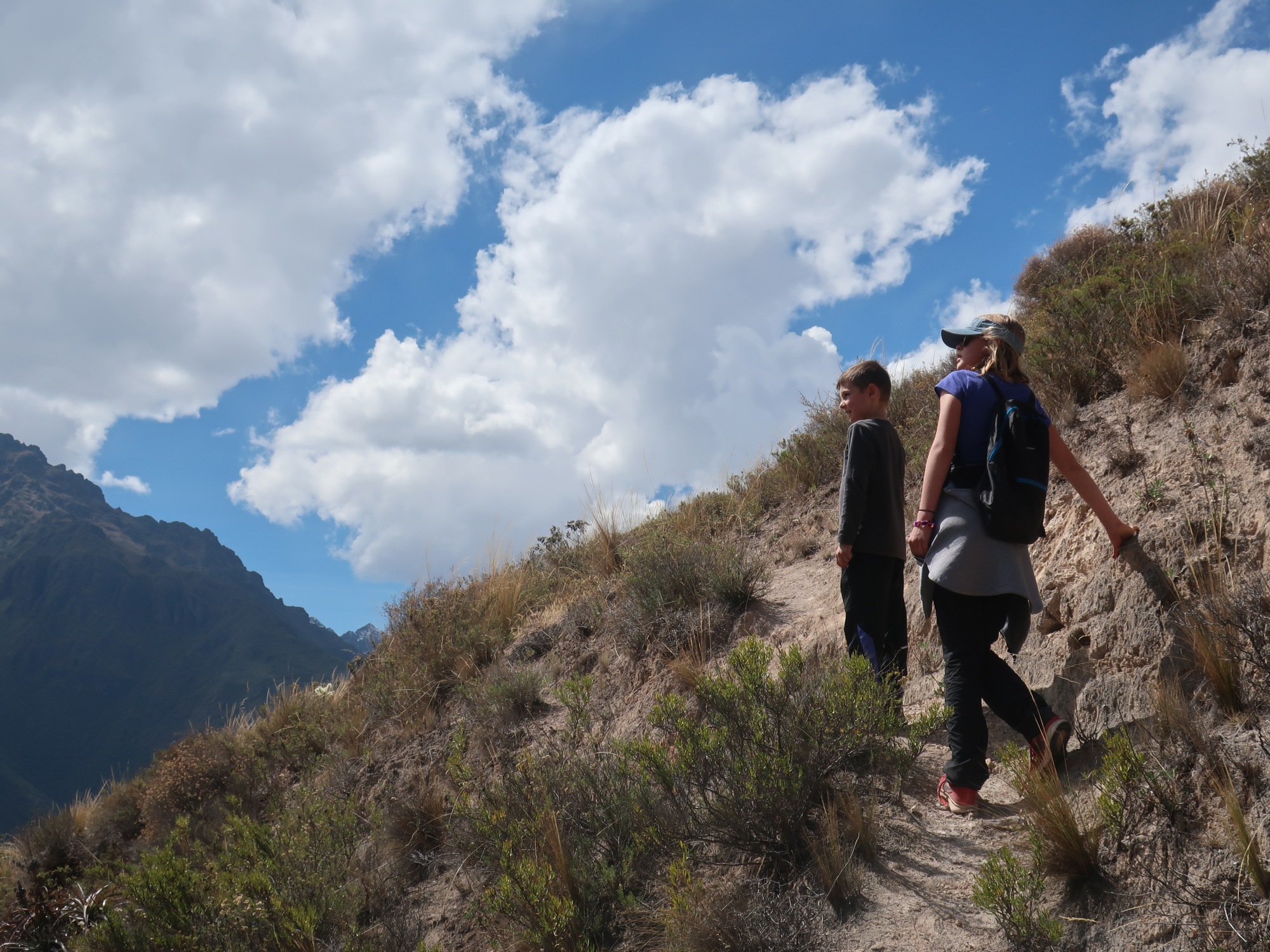 * I started this letter before we left Peru, and have not gotten around to finishing it until now. Forgive the delay. I hope to post more letters and postcards in the next several months to round out the Urubamba adventure. Without further ado. . .

Our last few days (weeks) in Urubamba were spent cramming in all the fun stuff we never got around to doing while we were busy traveling all over the country. In addition, we hosted cousins from Lima and more friends from the US. Luckily we live ten feet from a great little hotel so when our house got full we could refer friends to live next door at Hotel Mabey.

When it got down to the nitty gritty, we managed to go on four hikes in our last week. This is one thing I will miss the most about living in the valley–access to amazing hiking right out our backdoor or a short drive away. And I’m not talking about the fun urban hikes through town, I’m talking about breathtaking views, spectacular waterfalls, and Inca ruins. Out. The. Backdoor.

In July, my dear friend Mindy came to town with her kids. We decided to visit two sites on the tourist circuit: Moray and the Salt Mines of Maras. I’d read about a hike between the two sites and was determined to do it before our time was up. I recruited Mindy into this idea, and after a few false starts (one of which involved a large-horned, menacing bull going after our car), we decided to start at the town square of Maras and walk from there.

A few locals pointed us in the right direction and said “follow the path.” Great advice until we reached a fork in the road. Mindy and I looked at each other, then looked at our Google maps with waning cell service, and chose left. 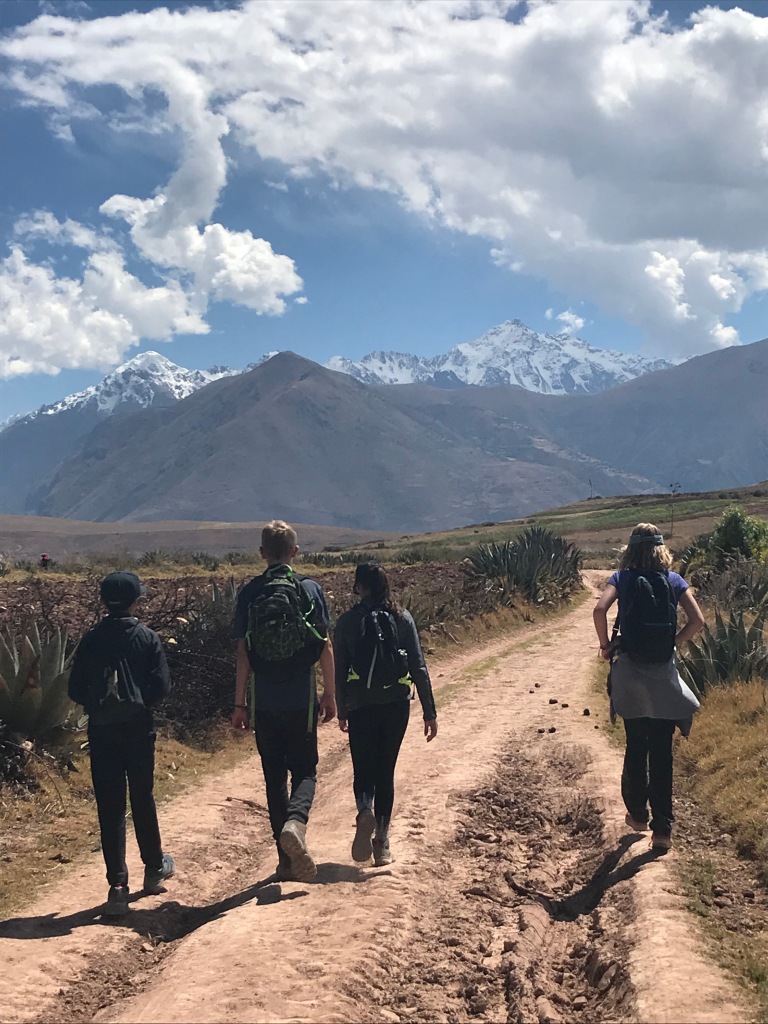 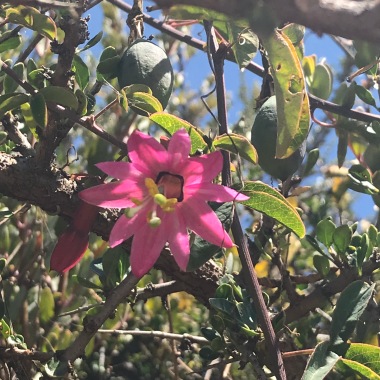 We had a lovely walk winding down the trail through brightly colored flowers, surprising shells, mountain views, and blue skies until we realized much to late that we should have chosen right. The wide road turned into a narrow path. It was taking a lot longer than we expected. I’m not sure when we figured out something was wrong, but it might have been when we finally saw the salt mines and realized there was an abyss between us and them.

Admittedly, when we saw the salt pools we were excited. However, I’d never seen them from this angle since we had overshot our destination and were coming at them from the other side. There was a steep drop off in front of us, separating us from the salt flats. I went ahead to scope out the situation and found a place to traverse the gorge, that was flat and safe enough. Once we crossed the canyon we were confronted with a steep mountain side and no obvious path.

But we could see a road below, and were determined to get down. The alternative was to walk all the way back and choose right, an endeavor that would take hours. Just at that moment my cousin Martin called and asked if we were close to being back home. We had plans to get lunch with him and his girls. I chuckled and told him we were un poco perdido. I hung up the phone and slid down the rocky, dusty mountain side, missing several cacti by inches. The kids went ahead and blazed the trail down to the road. I kept looking back at Mindy, who is the strongest most up-for-anything woman I know and she had a look on her face like really, this is the hike you take me on? 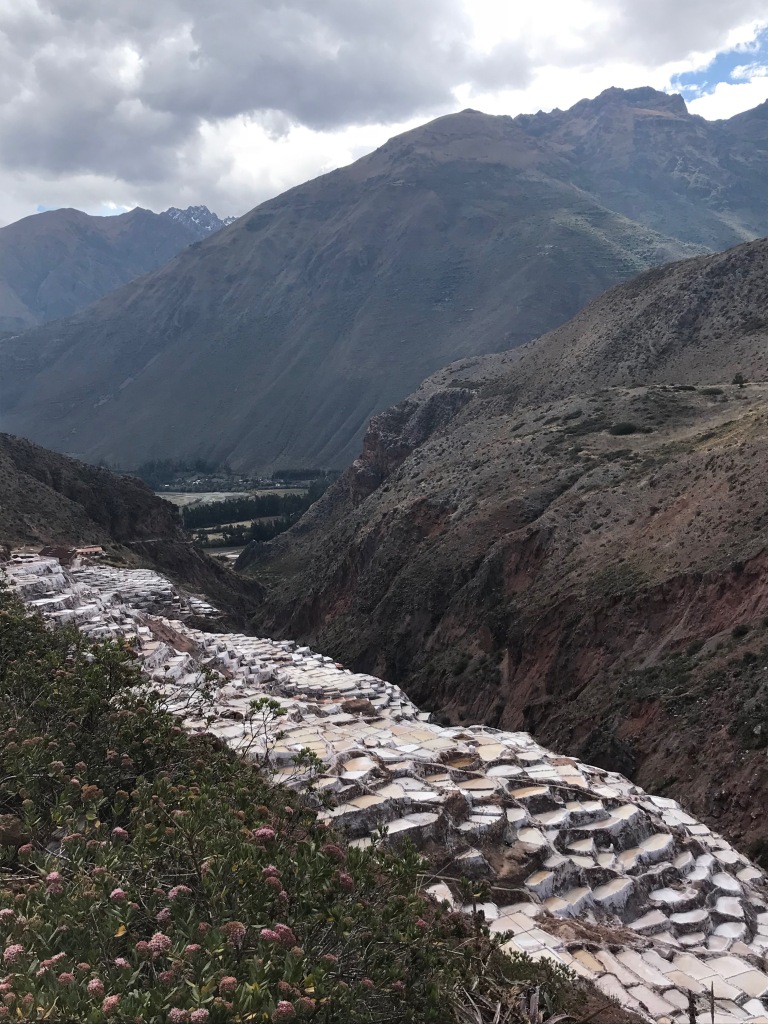 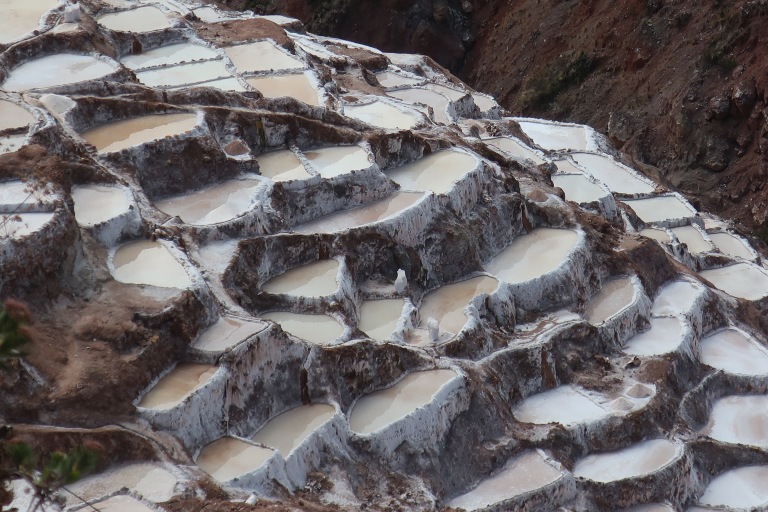 We didn’t even go into the salt mines to explore. Instead, we bought cold orange Fantas and paid a dude with a van 5 soles each to get us back to the Maras plaza. We packed into the car and raced back to Urubamba for lunch. We were three hours late, but that lunch tasted pretty good. In case you are wondering, Mindy and I are still pretty good friends, maybe even better now.